Real Madrid suffered a 3-0 defeat in their Champions League opener away to Paris Saint-Germain and Zinedine Zidane was far from pleased with what he saw. 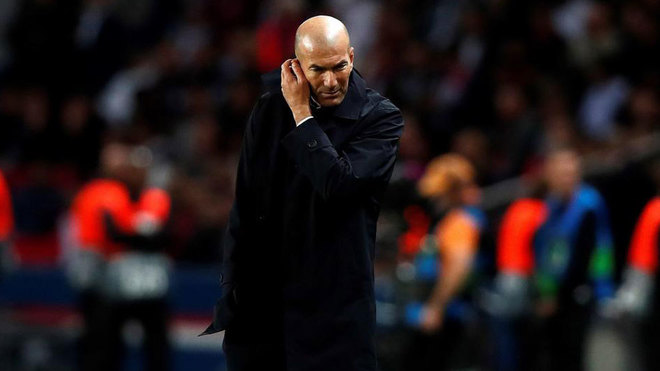 The coach even explained his side’s defects in some detail afterwards, highlighting the following five issues.”What bothers me most is the intensity.
“The third goal is a good example of what PSG did and how Real Madrid struggled.Thomas Tuchel’s side ran more, they pressed more, and they fought more than the Spanish team.”It’s complicated if you’re not strong.
“Idrissa Gueye dominated the duels in midfield and it seemed as though there was more than one of him on the pitch.He swept up every loose ball, while Real Madrid were sitting with their feet up.”We never got into the game.
“Another of Zidane’s criticisms was that his team never got going for the 90 minutes.They looked lost in Paris, while Angel di Maria and co. ran all over them.
“With the players we have we usually create more chances.”Real Madrid didn’t manage a single shot on target, despite having Karim Benzema, Eden Hazard, James Rodriguez and Gareth Bale as starters.They had goals disallowed, but that’s not good enough.
“If the pace isn’t good, it’s very complicated.”Zidane was worried by his team’s rhythm.The team couldn’t press to start a comeback and, instead, PSG kept going in search of more goals.Real Madrid were overwhelmed and Casemiro was alone in front of the defence.
LALIGA 26 uefa 34