One of the Club Brugge fans that caused trouble at Plaza Mayor in midweek has been identified as a Belgian police officer.

One of the Club Brugge fans that caused trouble at Plaza Mayor in midweek has been identified as a Belgian police officer. 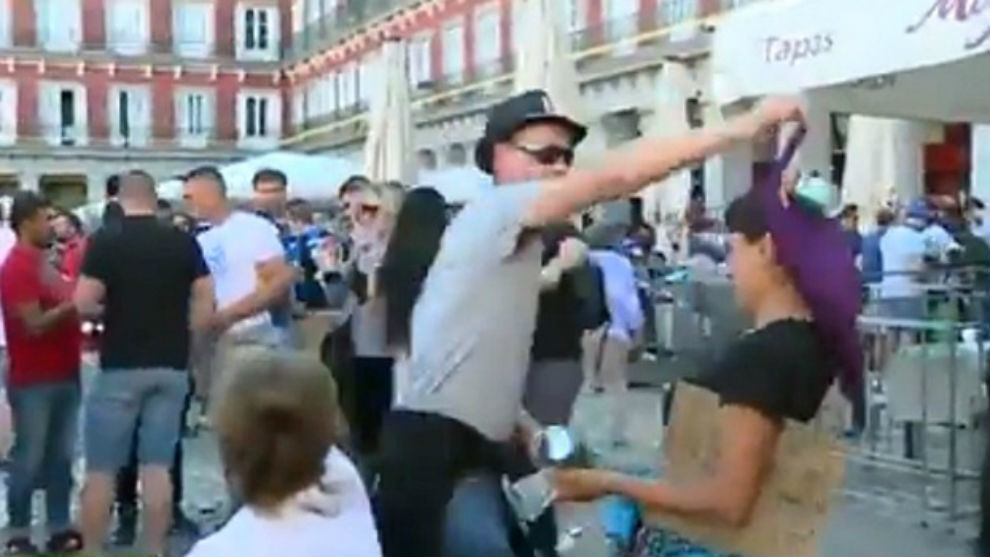 The supporters were in Madrid to see their side play Real Madrid at the Estadio Santiago Bernabeu on Tuesday night.Several fans were captured refusing to pay for beer on La Sexta’s cameras and one tried to take the headscarf off a woman who was either asking for spare change or trying to sell them beer.

One of the supporters has been identified as a police officer back in Belgium and he’s also a youth football coach at SV Wevelgum City.

“He has a good reputation, there’s nothing bad to say about him,” Thomas Detavernier, spokesperson of the police, said about the fan.

“We will carry out an internal investigation.””The club has initiated an investigation, which will identify the people in question, and we’ll then take the necessary exclusion measures,” a Club Brugge statement read.

“Unfortunately, we have seen the images on social media and some of our so-called fans have behaved disrespectfully.

“We condemn this behaviour and distance ourselves from these supposed fans, they aren’t worthy of being a fan of our team and there is no place for them at this club.”